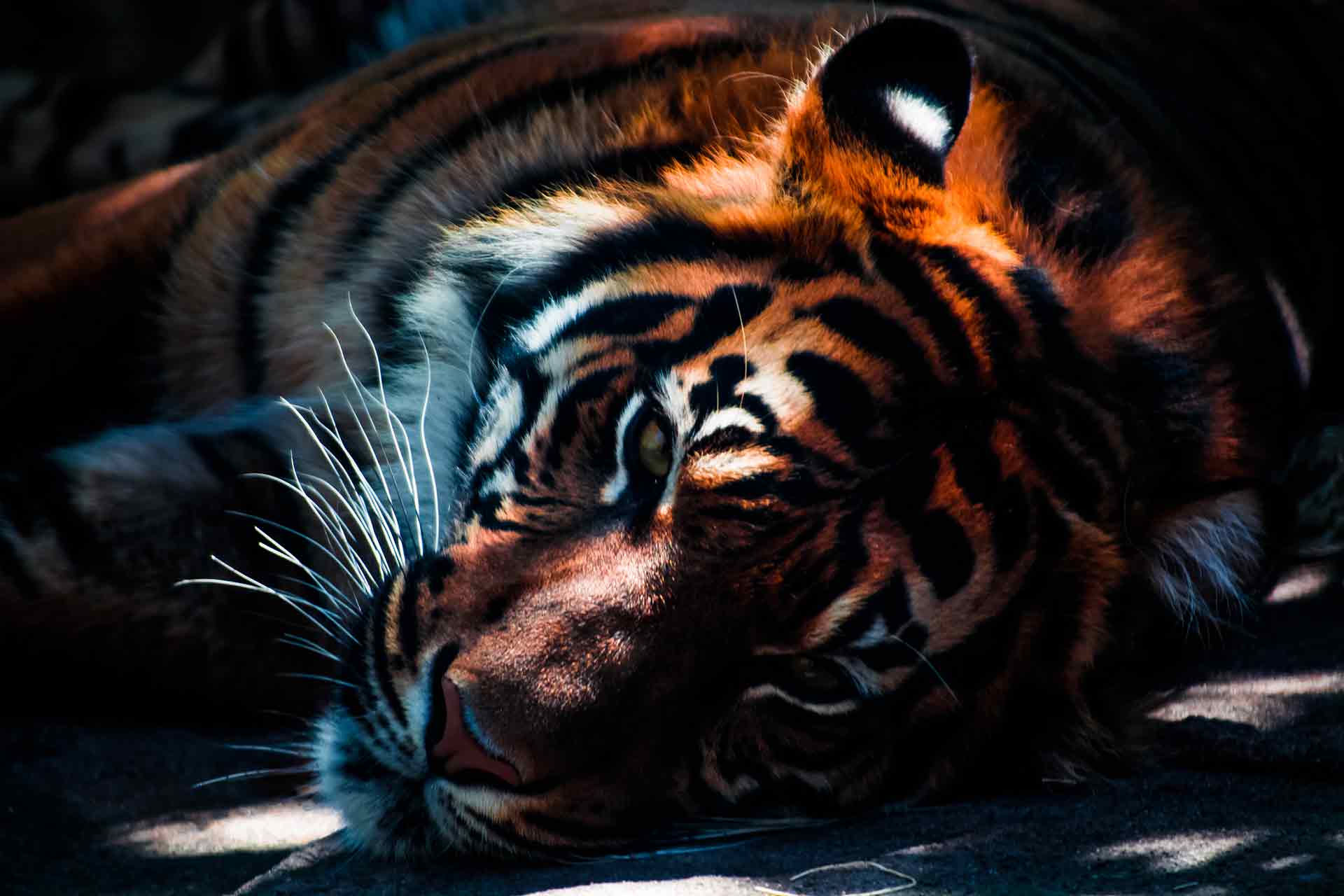 Possibly not the wisest statement for someone to make whose career it is to develop social and environmental programmes for the corporate sector. Nevertheless I believe it’s true, although not for the reasons one may think.

I remember making a presentation some years ago to a senior Bishop, describing the efforts my employer at the time was making to address social and environmental challenges faced by communities throughout its supply chain. This good man, for all his decency, was clearly sceptical. On the one hand he had an almost naïve hope that the ills of these communities and workers could (and should!) be addressed by the economic might of my multi-national employer. On the other hand, he was clearly distrustful that any real work was being undertaken.

And who could blame him? Over the years I’ve given many similar lectures and presentations to chief executives and senior managers, government ministers, academics, politicians, even schoolchildren. Invariably, at some point during the discussion eyebrows are raised and lips are pursed. The idea that a corporate would or should have a social conscience, never mind ‘take responsibility’ for the full range of problems faced in communities on the basis of that conscience, at that moment appears problematic whomever the audience.

“Businessmen who (believe that business has a ‘social conscience’) are unwitting puppets of the intellectual forces that have been undermining the basis of free society’ (!)”

Although I’m not sure I agree, it seems to me that there is a general grasp of, and indeed agreement on, a key argument that Friedman makes with respect to the majority of businesses (Neoclassical or Ecological), namely:

“In a free enterprise, private-property system, a corporate executive is an employee of the owners of the business. He has direct responsibility to his employees. That responsibility is to conduct the business in accordance with their desires, which generally will be to make as much money as possible while conforming to the basic rules of the society…”

Two whole classifications of business that recognize profit as their raison d’etre, or even bête noire, but in either case realise that the concept of ‘social responsibility’ is subservient to that drive if they are to ensure their continued survival. Sceptical Bishops, managers and schoolchildren can rest comfortably in the knowledge that their intuition aligns firmly with the pronouncements of a 20th century Nobel Prize winner. Corporate social responsibility, if it was ever alive, is certainly now dead (or should be).

Except …since Mr Friedman wrote those words in 1970 events appear to have overtaken him, and indeed all of us. As a child in the 80’s I remember hearing about Chlorofluorocarbons (CFC’s) for the first time, their role in destroying the ozone layer and with it our protection against fatal levels of ultraviolet rays. I remember listening in equal parts slack jawed amazement, terror and hysterical laughter as someone (was it Douglas Adams?) pondered that we may well be the first species in history to elect for its own extinction, simply because we wanted to keep our armpits fragrant. And it was certainly Douglas Adams who said:

“We are not an endangered species ourselves yet, but this is not for lack of trying.”

It has been argued that ‘rights’ and ‘responsibilities’ that exist within a moral framework only (i.e. without any external force to support or drive them) are relative, and therefore ephemeral. However, in coming years it will be the case that societies and their legislatures will take a much more objective view of the rights of communities and individuals in relation to the responsibilities of powerful corporations. Although capitalism has undeniably been indispensible in improving living conditions, health and wealth for billions over the past century, capitalism untrammelled is now doing a fine job of taking out the planet, and us with it. The demand will be that ‘something must be done’ to redress the balance.

Indeed, each year it seems that we move closer to that scenario- witness, for example, the growing trend away from corporates ‘voluntarily’ managing social challenges in supply chains, and increasing insistence that legislation act as the driving force (such as the California Transparency in Supply Chains Act, implemented in 2012, that requires certain retailers to disclose their efforts to eradicate slavery and human trafficking from their supply chains). Arnaud Poitevin, a lawyer specialising in business and human rights, recently reported:

“Members of the European Parliament (MEPs) adopted 29 April 2015 a motion calling for resolution for mandatory human rights due diligence for corporations. The motion coincided with the second anniversary of the Rana Plaza building collapse and progress of the Bangladesh Sustainability Compact. This motion 2015/2589(RSP) demands the Council to consider the necessity of a new EU legislation ‘to create a legal obligation of due diligence for EU companies outsourcing production to third countries, including measures to secure traceability and transparency’.”

These twin forces, of human rights and environmental legislation, will bring clarity to the question of rights and responsibilities in supply chains- shades of Michael and Sonny Corleone:

A much more powerful agent of change, however, will be the growing recognition of our modern day Emperor’s New Clothes: the myth that infinite growth can take place in a finite world. Population growth, climate change, resource depletion (including energy and water), and food security- these are the key trends that will shape every sphere of human activity this century, including the business sector and more specifically the corporate world. Mapped out, each of these trends demonstrate inexorable linear increases (climate change), peaks (peak oil, peak food, peak everything), or exponential hockey sticks that seemingly adopt stratospheric characteristics. Factors that may once have been viewed as ‘externalities’ by corporate managers, issues to be addressed by government or society more broadly, are increasingly impinging on their organisations’ ability to function effectively.

The cornucopian’s answer is that everything will work out; that there is enough of everything, and more to go around. A more sober assessment leads us to understand that if we continue along our current trajectory then by 2050 we will need three planets’ worth of resources to meet our annual needs. The time is fast approaching when we’ll be asking ourselves not whether it’s feasible to ship three tons of cocktail umbrellas from Shenzhen to San Francisco, but whether we can actually learn to live without cocktail umbrellas altogether. It will be this new reality that will kill off any vestige of ‘green wash,’ ‘reputational risk,’ and whether ‘responsibility’ sits with the corporate sector. Likewise, any suggestion that products will be manufactured in light of consumer concerns will also go the way of the mastodon. Such an argument has never resulted in broad consumer choice (impossible anyway, in an economy where a family’s monthly disposable income can be measured in fractions of their income), only in niche offerings.

Apocalyptic? Ceteris paribus, all things being equal, then frankly- yes. To anyone who can read, observe and understand it is apparent that if nothing changes…then everything will change. In the retail sector, certainly, we are heading into a period that has massive implications for the survival of a business that doesn’t treat its ‘externalities’ with respect. In what time frame? Well, here’s the thing- so many of these issues are baked in now. Which means that change needs to begin now in order to weather the inevitable. And so, what’s to be done? Let’s start by dealing with the cognitive dissonance that we see in our professional lives. You know, the unique ability we seem to have as humans to smell smoke, but then continue to sit in the theatre until the herd, en masse, makes for the exit.

Corporate Social Responsibility, the hope that the corporate world would ‘do the right thing’ because it was the right thing to do, is dead- it was always a difficult sell in a profit-driven model. Managing risk, though- business understands this very well indeed. Which is fortunate, because the next few years will present risks that are truly eye watering.

Chris has over twenty years’ experience managing social and environmental programs for the supply chains of national and multi-national Fortune 500 companies in Latin America, Europe, Africa and Asia.